Bullied In The Workplace

Are you being emotionally or psychologically abused at work? Have you been harassed, belittled, called names, or left out of activities?

Do you fear for your safety at work? Do you feel discriminated against because of your age, race, gender, or religion?

Are you stressed because you are being singled out or humiliated in front of others? Are you constantly the subject of gossip and rumours?

​If you say yes to any of the above, what you are experiencing is bullying in the workplace.

​​The Canadian Centre for Occupational Health and Safety  defines bullying in the workplace as “usually seen as acts or verbal comments that could ‘mentally’ hurt or isolate a person in the workplace. Sometimes, bullying can involve negative physical contact as well. Bullying usually involves repeated incidents or a pattern of behaviour that is intended to intimidate, offend, degrade or humiliate a particular person or group of people. It has also been described as the assertion of power through aggression.”

​Bullying is a form of manipulation and individuals engage in it in a bid to gain control over the people in their environment. It may be a behavior that was learned from childhood. Research has shown that some children unknowingly learn at a young age to participate in socially aggressive behaviors that could damage another’s self-esteem.

​Others grow up in families where abuse and violence are common occurrences in their homes. For some, this type of behavior becomes their norm, and as they grow up, they will automatically resort to these known control strategies when they feel their personal comfort is being threatened. As they grow up into adults, these anti-social behaviors continue to appear in their interactions with others.

​Other bullies manipulate or humiliate in order to threaten the social status of their targets. Bullying in the workplace often includes the isolation of the “targeted” individual, leading them to feel lonely and disconnected. As a result, going to work becomes an unpleasant experience. Without someone to talk to, these individuals continue to suffer in silence, experience restless sleep and poor appetites, and become anxious.

If their anxiety is not treated, over the longer term, the individual begins to feel depressed as a result of their inability to gain some sense of control over their work environment.

People who have been bullied in the workplace are not just those who have been targeted, isolated or humiliated. Victims also include individuals who are unknowingly manipulated into the bully’s way of thinking and behaving, and inadvertently collude with the bully. Such individuals are unaware that they have been manipulated, and do not question the motives of the bully.

​Whether you are a direct target of aggressive, verbally abusive and humiliating behaviors at work, or you have been manipulated to believe stories about a co-worker or superior that have no basis or foundation, you have been bullied in the workplace.

​Dealing with Bullying at Work 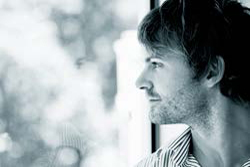 Counselling can help you cope with anxiety 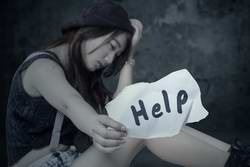 Help and treatment for depression

Counselling for Better Self Esteem 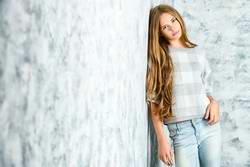