Exposure to prolonged stress or extreme and sudden stress  can result in many types of negative health effects.

Stress could also be blamed for leading individuals to the use and abuse of alcohol, drugs and smoking.

In the article below, we will explore the effects of stress on coronary heart disease, and the relationship between stress and post-traumatic stress disorder (PTSD). 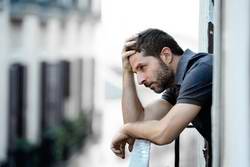 What are the Health Implications of Excessive Stress?

​Studies have shown that the effects of prolonged and extreme stress are much more threatening than short term exposure to stress.

These effects include numerous medical and psychosomatic ailments such as heart disease, decreased sensitivity to insulin and risk of steroid-induced diabetes, and high blood pressure, among others.

​Stress could weaken the body’s immune system, even in young adults. In a study of university students, researchers concluded that individuals with elevated levels of cortisol are at higher risk for upper respiratory illnesses such as colds or flu’s.

In addition, stress has also been implicated in the onset and long term treatment and prognosis of schizophrenia, cancer, obesity, fatigue,​​​​​​​​​​ anxiety disorders as well as Alzheimer’s disease. The effects of stress are numerous and far-reaching, and are neither age nor gender biased.

​The role of stress in the cause of coronary heart disease has provided much scientific debate over many decades. There is a growing body of research studies that indicates a relationship between acute mental stress and, in those who are at risk, ventricular dysfunction, arterial stiffness and sudden cardiac death.

​In a 2004 mega study involving more than 26,000 cases in 52 countries, researchers made a strong case for links between psychosocial stress and coronary heart disease (CHD).

Psychosocial stress defined by the research group as exposure to depression, stress at home or work, low sense of control, and major life events, was deemed to be as high a risk factor as obesity, diabetes and hypertension for CHD. It is important to note that the median age of participants in the study, all of whom presented with myocardial infarctions, was 58 years. ​​​​​​​​​​

The implication here is that stress is a major contributor to heart disease in middle and old age for both men and women.

​Stress can also be linked to CHD through post traumatic stress disorder (PTSD).

Exposure to prolonged or extreme stress can enhance an individual’s susceptibility to PTSD. In the first study to determine the relationship between PTSD and CHD in women,16 researchers found a strong PTSD-CHD association, after controlling for other behavioral factors including smoking, alcohol and coronary risk factors.

Although there were some limitations in the study, the researchers called for PTSD victims to be viewed as a high risk population for CHD and for the appropriate preventive and intervention measures to be taken.