How the Body and Brain Respond During Stress

What happens to our body when we become stressed?

The HPA axis, which consists of the hypothalamus, pituitary gland and adrenal cortex, is activated.

When the axis is activated, these three parts of the brain release a series of hormones, resulting finally in the secretion of the stress hormone cortisol.

​The effects of HPA activity allow us to adapt to changes in our internal or external environments.

Compared to the autonomic nervous system, the HPA axis reacts much more slowly. 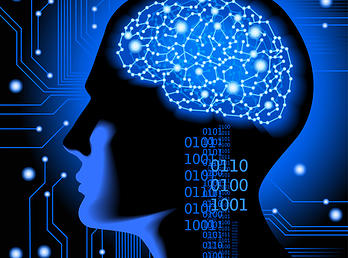 However, the HPA is more important with longer-term stressors​​​​​, such as living in a crime-ridden neighbourhood.  In contrast, meeting a knife-wielding mugger in a dark alley is a stressful situation wherein the autonomic nervous system is quickly activated for a fight or flight response.

​It is important to note that short term stress can be beneficial. Stress can induce the individual to run from the dark alley situation mentioned above, hence removing himself from physical danger. However, long term chronic stress, which is the increased and sustained production of cortisol, can cause serious health problems later in life.

​Stress and the Brain

​The effects of stress on the hippocampus, the part of the brain that is the primary target of stress hormones, have been the subject of many research studies.

The hippocampus is the brain’s main centre for learning and memory. It receives input from other parts of the brain in the formation of declarative memory as well as learning.

Our brain can recall stressful and emotionally-laden events better than uneventful ones. This effect is directly attributed to the effect of stress hormones on the hippocampus.

Prolonged exposure to cortisol as a result of stress has been shown to produce deleterious effects on the brain. These may include hippocampal atrophy, or degeneration of the hippocampus.

Studies have found that older subjects with high levels of cortisol have reduced hippocampal volume and suffer from memory loss. They are also prone to suffering depression and fatigue. Widespread atrophy in the hippocampus and other areas of the brain have been found to lead to diseases that result in severe memory loss such as Alzheimer’s.

In a meta-analysis of 107 studies on chronic stress and its effects on the HPA, researchers found that negative effects of stressors depend on the nature of the stressors and vary by the individual’s unique response to them. HPA activity depends on the person’s response to stress and increases with subjective stress.

In other words, if two persons are subjected to the same stressor, the effects on both can be quite different.

Are you experiencing stress that is overwhelming and debilitating? Call us now to ask about counselling for Stress Management.